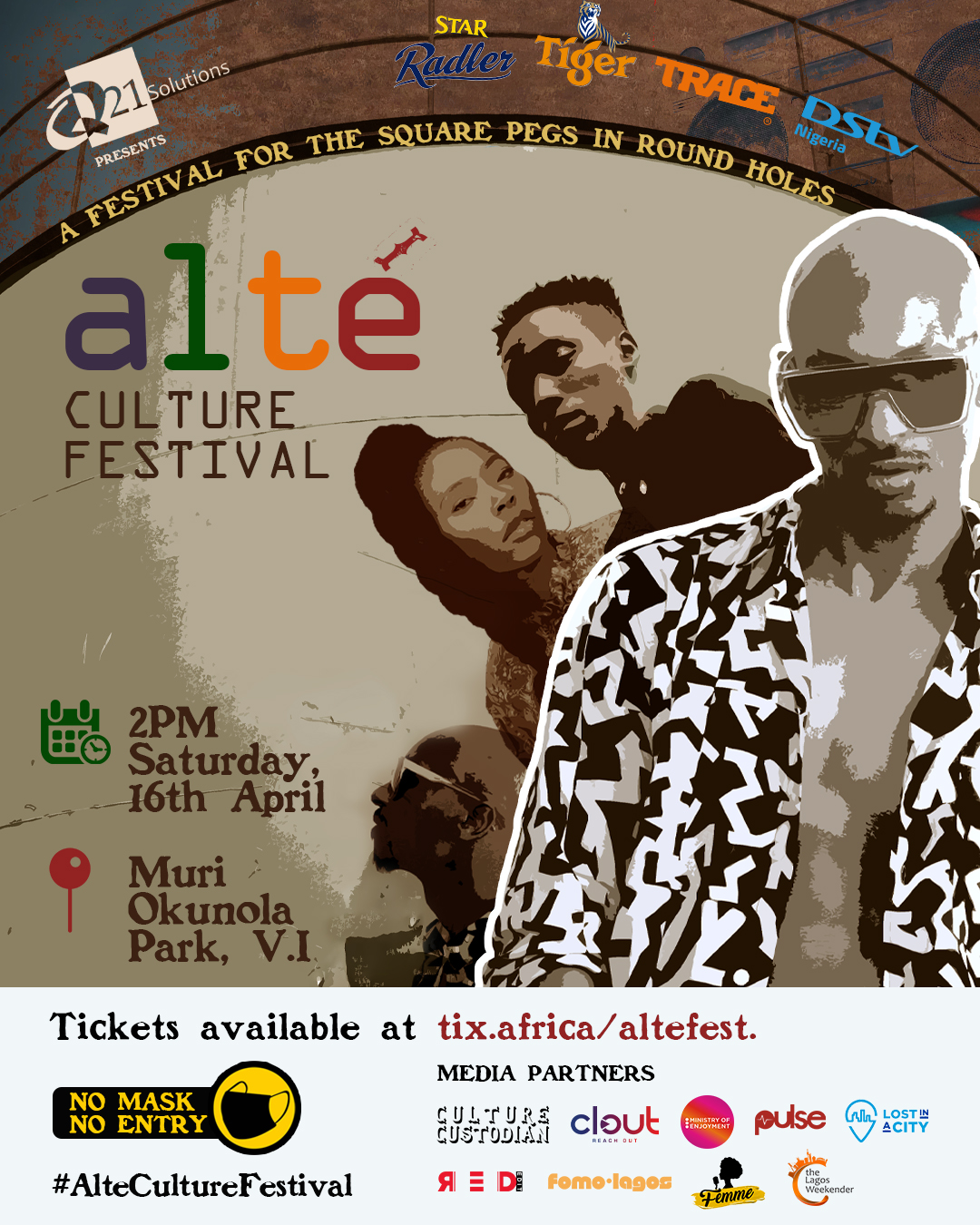 Alté, which was reportedly coined by music group DRB LasGidi from the word ‘alternative’, is a way of life that champions individualistic and non-traditional modes of self-expression. It is a phenomenon most prevalent among young Nigerians that emerged around 2007 — just around the time many young people in the country were gaining increased exposure to the internet — and has only recently begun to enter the mainstream media. With music and fashion at its core, Alté’s individualism is slowly empowering more young people in different practices to buck the traditions.

With this history at its core, Alté Culture Festival was established to epitomize and bring together like minds that appreciate and celebrate the Alte Culture.

The Alté Culture festival promises to be a celebration of the thriving movement within the Nigerian creative industry, from fashion to music to arts and photography. It is also a platform for small and medium-scale creative businesses to showcase their work for an audience of over one thousand people to interact with.

With decades of experience in successfully executing several major events in Nigeria, such as AMVCA (Africa
Magic Viewers’ Choice Awards), Jameson Connect, Martell House, Ladies of Laughter (LOL), Africa As A Platform (AAAP) just to name a few, Q21 Solutions is positioned to curate more entertainment-focused events that cater to the new generation of urban dwellers and digital natives, with the Alté Culture festival as a starting point.

The full-on activity-packed event will feature several headlining and supporting acts who will set the stage ablaze with electrifying live performances.

General tickets will be selling Here from March and participation inquiries can be via Instagram @alteculturefest or Email, alteculturefest@q21solutions.com.